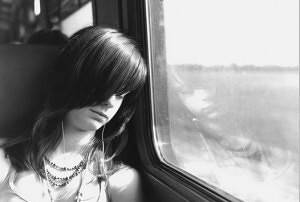 BUFFALO, N.Y. – For decades, studies have consistently shown there are real economic advantages to getting less sleep. However, those economic advantages are often coupled with severe drawbacks when it comes to your health and cognitive awareness. Research has also shown that a lack of sleep puts a person at an extreme risk of getting in a severe car accident.

“Sleepy drivers cause about 100,000 accidents each year and those crashes result in over $12 billion in lawsuits and other monetary losses,” said Mike Lovecchio, a Buffalo car accident lawyer from the Law Offices of Cellino & Barnes. “That shows that if you get enough sleep, it can save you a lot of money too.”

Researchers have link sleep deprivation to work hours. In effect, the more hours an individual works tend to cut into their hours of sleep. For example, people with two or more jobs sleep less than a person who is unemployed or works just one job.

A compilation of studies compiled by the American Time Use Survey consistently make the same conclusions: the more money a person makes, the less sleep they get.

“These statistics are extremely concerning because, generally speaking, these are the same people who can afford cars and they often live further from work,” Lovecchio said. “That means they spend more time behind the wheel than almost any other economic class and they’re driving after getting just a few hours of sleep.”

Some daily activities like long commutes, nighttime television habits, and even prescription medication have been shown to remove vital minutes or even hours of sleep from a person’s night, increasing their risk of an accident the next day.

“The goal here is to hopefully avoid a workplace or car accident before it happens,” Lovecchio said. “The absolute best way to do that is by getting a restful night of sleep.”

Researchers believe living closer to work and avoiding the television before bed can improve sleep patterns and allow a person to get the most rest.