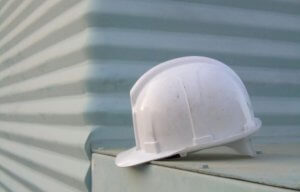 BUFFALO, N.Y. – We all would like to be able to predict the future. If we could predict construction accidents, we could have fewer of them; but that’s not the reality we live and work in. So far, no one has been able to see into the future but technology could help.

Thousands of workers are injured every year after accidents in mining, construction, trucking, manufacturing, and other industries. Many of those accidents can be linked to worker fatigue.

In an effort to monitor fatigue and improve safety across many industries, Caterpillar Safety Services created a ‘smartband’ that assesses a worker’s risk at any given moment.

Much like the popular Fitbit, the smartband uses sensors and other data to determine when a worker is suffering from a lack of sleep or fatigue. Cat has already been using the devices at mining sites for two years but Buffalo construction accident lawyers say almost every industry could use technology to improve safety records.

“Almost every time a worker is injured, it’s a preventable injury in Buffalo,” construction accident lawyer Steve Barnes said. “There are many safety devices that could help reduce injuries on a jobsite but many employers don’t offer these items because they’re not required to and, in many cases, technology costs money.”

At any time, an employee can push a button on the smartband to view their measured fatigue. If their fatigue score reaches near 70%, the worker could be considered fatigue-impaired and they run a higher risk of an accident.

Studies have shown that technology like the wearable smartband can at least make workers – and employers – aware of fatigue on a construction site. In some cases, workers discovered they had underlying health conditions, such as sleep apnea.

“Different shifts can affect different workers in different ways but without the right information, bringing fatigue to your employer’s attention can be a difficult subject,” Barnes said. “Safety technology could give workers that data they need to bring up their concerns and hopefully, prevent accidents from happening in the first place.”

Buffalo construction accident lawyers said safety should always be the top priority in a work zone but many times, workers are asked to put in loads of overtime or they aren’t provided with enough training – both of which increase their risk of an accident.

When an employer’s negligence or lack of oversight causes an accident on a jobsite, workers could be entitled to significant compensation. The Buffalo construction accident lawyers at Cellino & Barnes have years of experience handling these cases and they could help an injured worker get the best result possible.