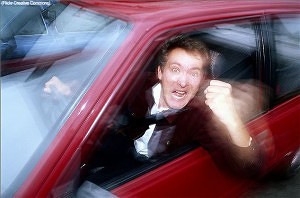 NEW YORK – Studies show stressed drivers are more likely to be involved in an auto accident. Whether you’re shoveling snow, late to work, preoccupied with daily stresses, or just stuck in traffic, studies suggest you’re 30 percent more likely to get in a fender bender or worse.

“Stress tends to peak during the winter when drivers need to be completely focused on the roads in New York City,” car accident attorney Steve Barnes said.

Some insurance companies have zeroed in on parents and drivers under 50 as being particularly prone to angry driving. Add the snow and subzero temperatures, lawyers say it’s a recipe for disaster.

“Especially in February, drivers can be tired of winter,” Barnes said. “A driver may be tired of being stuck in traffic and shoveling every day but research has shown it’s important to take a deep breath and focus.”

According to studies, the most common form of stressed driving is speeding and when a crash does happen, psychologists suggest it can increase stress on everyone involved.

“Even those who aren’t physically hurt in a crash can experience major psychological changes,” Barnes said.

It’s estimated that at least 300,000 people every year will experience PTSD after a car accident. Studies suggest the number could be higher: with over 3 million reported accidents in the US every year, up to 1.8 million people may show signs of PTSD as a result of a wreck.