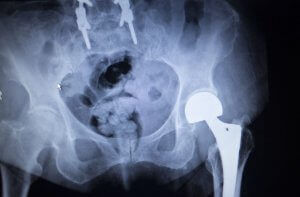 A Stryker hip implant lawyer at Cellino & Barnes says patients may require immediate revision surgery as a result of the recall.

“The corrosion of these hip implant devices can cause a person to fall or suffer serious injuries,” a Stryker hip implant lawyer said. “In some cases, the cobalt and chromium heads can release dangerous metal particles into a person’s body and potentially cause metal poisoning.”

The metal poisoning, known as metallosis, must be immediately addressed. Surgeons have been advised to administer revision surgeries to remove the hip implant and its toxic metals. According to Stryker, the faulty device can also cause other injuries:

This is not the first time Stryker has issued a recall on its products.

In 2012, Stryker’s Rejuvenate and AGB implants showed a high risk of failure and as a result, thousands of patients either suffered injuries or required a risky revision surgery. Stryker later settled these claims for $1.4 billion.

If you have a Stryker LFIT V40 femoral head implant, you likely received a recall notice in the mail or other notification from your doctor. If you haven’t received a notification regarding your hip surgery but suspect you have a defective hip implant, the experienced trial attorneys at Cellino & Barnes can help you get the information you need.

Our team has prosecuted the manufacturers of many faulty implants and devices, including the companies that make defective hip implants. Our investigators can aggressively prosecute these companies to help you and your family get the best result possible.