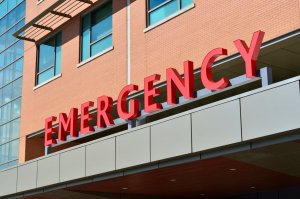 NEW YORK – A new analysis of hospital statistics found that over 200,000 people die each year in hospitals; and their deaths were preventable, if they were properly treated by doctors and hospital staff.

The findings were published in the latest addition of the Journal of Patient Safety.

According to their research, medical campuses often have the knowledge to prevent accidents, but they tend to cut corners in the financial books.

The report calls on hospitals around the globe to invest more into patient safety, which could include mandatory nurse-to-patient ratios, which have been linked to fewer cases of medication errors, pressure sores, and falls.

Study authors admitted that their data does have a slight flaw, as the statistics included older and sicker patients, but researchers argued that the 200,000 preventable deaths may be an underestimate. That’s because their research didn’t include diagnostic errors, which are some of the most common slip-ups in the medical community.

“Advocates are not calling to prevent problems for which solutions are not known, but calling to implement known solutions to prevent all too common problems,” the report says. “What ties the occurrence of preventable adverse events and mortality together is the willingness and determination of facilities to adopt a culture of safety and to invest in patient safety.”

Researchers noted that the numbers add-up to over 5 preventable deaths each year, per hospital in the U.S., or one every five weeks. In addition, researchers believe that figure could be doubled or tripled if their data accounted for diagnostic errors.

Lead author, Dr. Kevin Kavanaugh wrote in the journal, “In what other industry would such a record be tolerated, let alone defended?”

WHAT CAN VICTIMS DO?

Medical errors are very common in the United States, and many families have felt hopeless when they tried addressing the issue with the doctors directly.

At Cellino & Barnes, our New York medical malpractice lawyers have helped many families get justice after an accident in a hospital. They understand how difficult it can be to get fair compensation for a medical incident, but our lawyers are trial-tested, and they’ve helped our clients obtain over $2 billion in settlements and verdicts.

If you or a loved one has been injured or killed as a result of someone else’s mistake, you could be entitled to significant compensation. Contact a New York medical malpractice attorney at Cellino & Barnes today for a free case evaluation.