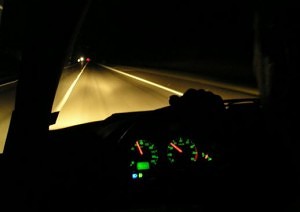 NEW YORK – Americans spend more time in their cars than they do on housework or exercise, according to studies. One on-going project administered by the AAA Foundation for Traffic Safety aims to keep track of how much time Americans spend behind the wheel on a daily and yearly basis.

So far, the AAA study surveyed thousands of drivers and logged their driving habits between May 2013 and May 2014. Researchers found that, on average, Americans drive about 30 miles every day or 10,658 miles per year.

The data, when combined with crash statistics will allow AAA and other organizations to conduct unique and timely studies of crash rates and locations. Results of these studies could lead to more effective safety plans and countermeasures to improve motor vehicle safety nationwide.

“This type of on-going survey gives us very recent data to work with and compare. We can use these statistics to show what roads are safer for motorists and why and even draw conclusions about current driving habits in cities like New York,” car accident attorney Steve Barnes said.

The first-year data found Americans drive the most during the summer, averaging over 30 miles per day. It also discovered that drivers between the ages of 30 and 49 years old drive an average of 13,140 miles each year, the most of any age group.

“Even if you’re the safest driver in the world and you’re always aware of your surroundings, the more time spent on the road can increase your risk of getting into an accident simply because you’re behind the wheel more often.” Barnes said. “It’s a numbers game, every minute you’re in a car, there’s a chance an accident will happen.”

Drivers in rural areas were also found to travel further on average than drivers in urban areas. The research also polled education levels and their correlation to driving distances; AAA found that individuals with a grade school or high school education were on the road for an average of 32 minutes per day. On the other hand, drivers with a college degree spent nearly twice as much time behind the wheel, averaging 58 minutes of driving in a 24 hour period.

The American Driver Survey is an ongoing study based on telephone interviews and aims to identify specific driving patterns and evaluate American road safety.