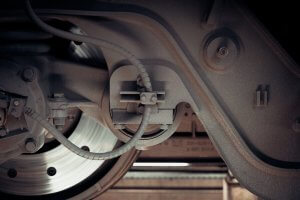 The accident happened on a turnaround loop at the end of the line at around 8:30 a.m. The Southeastern Pennsylvania Transportation Authority reported the trains were not in service at the time of the crash, and few were on board.

Four people were hospitalized, including the train operator and a man who was asleep on one of the trains, Upper Darby Police reported. Officers tweeted that none of the injuries appeared to be life threatening, and no one was trapped on the derailed trains.

An experienced train accident attorney said a full legal investigation could look into all the factors that may have led to the accident.

Some of these factors could include:

A train accident lawyer will also look into the history of train derailments and accidents at the terminus and turn-around.

It is not clear how fast the train was going at the time of the crash, but an experienced legal investigator can use these facts and to help train accident victims get compensation for their injuries and hospital bills.

Other pieces of evidence that could help accident victims include:

When an injured passenger files a claim, their claim can also pressure railroad companies into making meaningful changes that could help prevent future accidents.