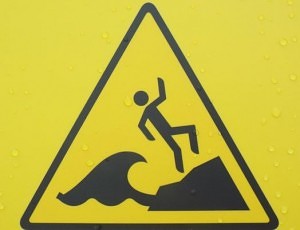 BUFFALO, N.Y. – It’s a nice hot day in August. People are cooling off poolside, getting their cars washed and having an ice cream cone. Then, you hear someone scream: “oww!” They’ve slipped, breaking a bone or two in the process. The person may have even hit their head, causing brain injuries.

Buffalo slip and fall lawyers at Cellino & Barnes say accidents happen frequently and it doesn’t take much water (or other substance) to create a slippery situation.

“Soapy water from car washes, melting ice cream or a slippery deck by the water are known to cause serious injuries in Buffalo,” slip and fall attorney Ross Cellino said. “Summertime slip and fall cases are quite common.”

Recently, a Kentucky woman filed a negligence suit against Trump National Doral Miami. The woman is asking for more than $15,000 after falling on wet marble near the resort’s pool area.

Another case was filed against Norwegian Cruise Line after a woman slipped on the pool deck, fracturing her wrist.

In Canada, a woman and her daughter are seeking $1.1 million after they both slipped trying to flee a malfunctioning waterslide in an Alberta mall.

“Falls send over 8 million people to emergency rooms each year,” Cellino said. “It’s the number one reason people go to the hospital, so it can be a very common but expensive accident.”

Injuries due to falls cost an estimated $15 million per year in the U.S. and costs are rising. After any accident, Buffalo slip and fall attorneys suggest exploring your legal options to determine whether you can be compensated for your injuries.