Home » Blog » Teen Drivers: A Risk to Everyone 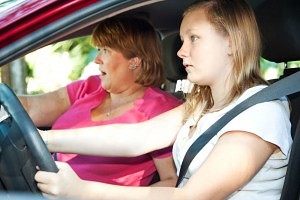 ROCHESTER, N.Y. – More American teens die in car crashes each year than suicide, violence and cancer combined. Still, millions of parents will hand the car keys to their teenagers this summer hoping their child is smarter and safer but experts say even the brightest teens are at a higher risk of being involved in a deadly car crash.

New research released by AAA found that nearly two-thirds of people injured or killed in a teen driver crash are people other than the driver. If someone is hurt in a crash, researchers found that half of the time it’s someone in another vehicle.

“More people are on the roads during the summer months and teenagers tend to drive more between Memorial Day and Labor Day here in Rochester,” car accident attorney Ross Cellino said. “This puts almost everyone at risk of being hurt or killed.”

According to AAA, other passengers are killed 27 percent of the time in a deadly teen crash. Pedestrians and bicyclists are at risk too: accounting for 10 percent of teen crash fatalities.

“Each year, it’s the same grim message to teenagers and unfortunately, it rarely changes,” Cellino said.

In fact, a researcher at the University of Michigan Transportation Research Institute said there’s been “Little or no positive change has occurred in teen crash numbers in the past 10-15 years. Clearly, current measures aimed at curbing teen drivers’ involvement in crashes are not sufficient.”

Some researchers have suggested that teens are inherently bad drivers because their brains are not ‘sufficiently developed.’ Researchers said the frontal lobe, which regulates emotion and decision-making abilities, does not fully develop until the age of 25.

“Driving is a challenge for people of all ages because there are complex decisions that must be made in the matter of seconds,” Cellino said. “Teens often don’t have the proper experience with these decision-making processes and they need more practice than a veteran driver.”

Rochester car accident attorneys at the law offices of Cellino & Barnes said teens are involved in three times as many fatal crashes when compared to any other age group.

Parents are urged to understand the risks when putting a teenager behind the wheel.

For example, children face high crash risks when riding with a teen driver.

-Parents must set limits on teen driving and enforce them

Crash risks go up even higher at nighttime.

-Parents are urged to restrict teen driving to daytime hours only, unless it is unavoidable

-Parents should make rules before each trip; including safety belt enforcement for everyone riding in the vehicle.