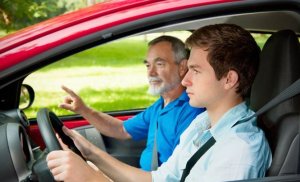 ROCHESTER, N.Y. – Teens are not only the youngest drivers on the road: they’re also some of the most dangerous and new government data has revealed the number of deadly car crashes involving a teen driver spiked last year.

Since 2010, teens have been involved in around 14,000 deadly car crashes and according to a new AAA study, speeding was the main factor in a large portion of those crashes.

A Rochester car accident lawyer at Cellino & Barnes says speeding is considered one of the top three mistakes teens make when they’re learning to drive.

“Teens are 1.5 times more likely to cause a wreck in Rochester,” car accident lawyer Ross Cellino said. “Every time we look at a crash involving a teen, inexperience, distractions or speeding are often factors.”

Driving instructors from across the country noted that a teen’s inexperience behind the wheel can lead to poor visual scanning or ‘tunnel vision.’ A spokesperson with AAA said it’s important for parents to understand these common mistakes and help teenage drivers learn how to drive safely.

Unfortunately, over 60 percent of the driving instructors polled said parents today aren’t doing enough to prepare their children to drive compared to parents ten years ago. In many cases, parents can even be a bad example on their children.

Recent polls have suggested that nearly 80 percent of adult drivers between the ages of 35 and 55 have admitted to talking on a cell phone while driving.

Only 67 percent of teens made the same confession.

“Parents know they’re not being the best role model for their children if they’re driving distracted,” Cellino said. “Anyone who has picked up the keys knows just how dangerous handheld devices can be in the car and from a legal stand point, we look for possible distractions in every car crash we investigate because it can sometimes be the difference in a case.”

AAA noted that parents play a pivotal role in keeping the roads safe from dangerous teen drivers because most children learn from watching and mimicking driving behaviors – the good and the bad.

Research has also shown that parents with strict guidelines reported fewer accidents than the ‘cool’ parents with few or no driving rules for their teenage children. Road experts at AAA said parents need to take a more active role in their teen’s learning-to-drive process and they can do so by:

The Rochester car accident lawyers at Cellino & Barnes are also urging parents to lead by example. Distractions are now a factor in more than half of all car crashes and it’s estimated that thousands of accidents could be prevented if drivers, both young and old, put the phone down.

Cellino & Barnes is a proud supporter of road safety in Western and Central New York and a strong advocate for victims of car crashes and other personal injury accidents.