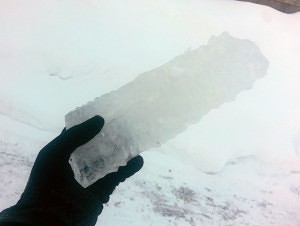 BUFFALO, NY- It’s late February and spring is nowhere in sight. Temperatures dropped below zero (Fahrenheit) once again in Western New York and weather-related accidents continue to inundate hospitals with patients. Here are ten ways winter is getting away with murder:

Each year, nearly 6,000 people are sent to emergency rooms with severe injuries, often leading to disfigurement. Although deaths are rare, personal injury attorneys say snowblowers can lead to expensive surgeries and life-altering amputations.

According to Nationwide Children’s Hospital in Columbus, Oh., more than 20,000 people, usually children, are rushed to emergency rooms for injuries sustained while sledding. Up to one-third of sledding accidents lead to head injuries.

Icicles can form anywhere in sunlight or on top of homes with poor insulation. As heat rises in a home, it melts snow on the rooftop, which drips and forms a potentially dangerous icicle. The icy dangers can weigh hundreds of pounds and damage roofing. About 15 people die in America every year from falling icicles.

Whether it’s skiing, snowboarding or ice skating, more than 150,000 people are rushed to hospitals every winter after getting injured playing winter sports. Over 40 people died last year as a result of these recreational winter activities.

Another dangerous recreational activity, snowmobiling claims around 200 lives every winter. It’s estimated another 14,000 snowmobilers are injured on the trails.

Its nickname is the ‘silent killer’ and for good reason: 400 people die from CO poisoning each year. Accident attorneys say in the winter, it can be particularly deadly.

“People use gas a whole lot more during the winter in places like Buffalo,” car accident lawyer Ross Cellino said. “Tailpipes can get clogged with snow and ice and flood the cabin with this deadly gas.”

Of all the work-related accidents, falls are among the most dangerous. Over 800 people are killed every year after a fall at work, thousands more are injured. Ice adds to the risk.

Thousands of people suffer mild to severe frostbite each winter as a result of exposure to bitter-cold temperatures. The Centers for Disease Control and Prevention (CDC) estimates 1,500 deaths can be linked to hypothermia every winter.

One of the most common practices in winter is snow removal. It’s also one of the deadliest. Since cold weather adds strain to the cardiovascular system, it’s estimated that nearly 2,000 people overexert themselves shoveling and die as a result of a heart attack. About 12,000 are treated for shoveling-related injuries.

Millions of drivers are on the snowy roads of America every day so it’s no surprise the number one winter killer is on four wheels. The National Highway Transportation Safety Administration estimates about 30 percent of all weather related car accidents are caused by snow and ice and with more distractions than ever, accident attorneys say drivers must pay attention on the roads and allow enough space for braking.