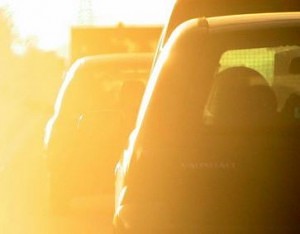 BUFFALO, N.Y. – As the Earth tilts its northern hemisphere toward the sun, statisticians and government officials fear what could happen in the next three to four months. The fears are not celestial but the destruction could be astronomical, not only to American families but to our wallets as well.

After years of progress, the number of deadly car accidents has jumped in the last six months by eight percent. The National Safety Council recorded nearly 18,000 fatal car crashes between October and March. That number is up from around 16,500 deadly accidents in the previous year.

Safety advocates are most concerned because the deadliest time of year is about to strike: summertime.

“Statistics consistently show an increase in the number of serious and deadly car crashes during the summer months in places like Buffalo,” car accident attorney Ross Cellino said. “This is largely due to an increase of cars on the road.”

This year, the National Safety Council fears the number of accidents could sky rocket because travel is now more affordable than it has been in years.

“There will be more people on the road and there can also be an increase in alcohol use during the summer,” Cellino said. “And more than ever before, cell phone-related distractions are an issue. This could spell disaster.”

The newest statistics show cell phones are involved in 27 percent of all car crashes.

Buffalo car accident lawyers suggest taking appropriate safety precautions when getting behind the wheel this summer:

-Always wear a seatbelt; including back seat passengers

-Avoid using a cell phone, even with a hands-free device

-Never drink and drive, even if you believe you are under the limit