Home » Blog » The Dangerous Ending of the Summer 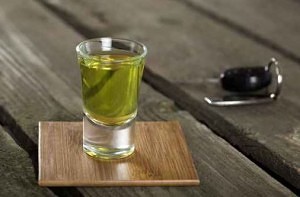 BUFFALO, N.Y. – With Labor Day fast approaching, it means another summer is coming to a close. It’s also one of the most dangerous times to drive. Families are hitting the road to sneak in a last-minute road trip and at the same time, school buses are back on the street running new routes. On top of that, new teenage drivers are hoping to show off some new wheels on their way to school in the fall.

These late summer days have the ingredients for disaster on Western New York roadways. In fact, the deadliest month for drivers is August. According to the National Highway Traffic Safety Administration, there are nearly 4,000 traffic fatalities in August alone. Statistics show car crashes peak in the late summer days leading up to Labor Day.

The holiday can be one of the deadliest, according to a car accident lawyer at Cellino & Barnes. Research has shown the number of drunk driving incidents spike over the holiday weekend.

“It’s the last long weekend of the summer and some people will be out celebrating in Buffalo,” car accident lawyer Ross Cellino said. “Unfortunately, not everyone celebrates the holiday responsibly and every year, police report a spike in the number of intoxicated drivers.”

Roughly one-third of all fatal car crashes involved a drunk driver. According to the National Highway Traffic Safety Administration (NHTSA), a total of 32,719 people were killed in car wrecks in 2013. More than 10,000 of these deaths involved an impaired driver.

“Almost all of these crashes are preventable,” Cellino said. “A responsible driver is more likely to make better decisions behind the wheel and that can save thousands of families a lot of pain and suffering.”

As the summer comes to a close, the car accident attorneys at Cellino & Barnes are telling motorists to drive responsibly because a drunk driver could face an expensive civil suit on top of the costs associated with DUI fines.