Home » Blog » The Level of Pain 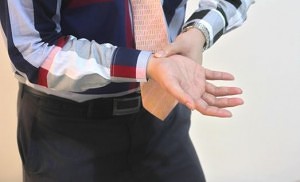 ROCHESTER, N.Y. – Take a guess at how many adults regularly deal with chronic or severe back pain… Think you got a good number? It’s 50 million. Yes, 50 million Americans are constantly suffering from pain, according to a study from the Nation Institutes of Health.

Researchers crunched data from nearly 10,000 people and found that about 56 percent reported having some level of pain in the past three months. An estimated 14.4 million people reported the most intense pain- chronic pain.

“Many of these people suffer from lower back pain and wrist pain as a result of injuries they suffered from an accident that happened right here in Rochester,” slip and fall attorney Ross Cellino said. “These injuries result in thousands of dollars in immediate medical bills – that doesn’t include any future treatments or surgeries a person may need.”

Rochester slip and fall attorneys at the Law Offices of Cellino and Barnes say injuries as a result of these accidents are costly and the pain can last a life time. Off the job injuries alone cost the nation at least $280 billion in 2012, according to the National Safety Council. According to a workplace safety index measured by a national insurance company, the annual direct cost of workplace injuries due to slips, trips and falls is over $11 billion.

Slips, trips and falls also send 9 million people to the hospital each year and this type of accident is the leading cause of worker’s compensation claims.

“These accidents are rarely thought of as severe, life-changing incidents but clearly, the statistics show they can be,” Cellino said. “One trip can lead to a broken wrist which can leave a victim battling chronic pain for years.”

More than 95 million workdays each year are lost due to slips, trips and falls. So, is it a surprise that so many Americans battle severe and chronic pain? Rochester slip and fall lawyers say it’s important to keep the future in mind. An experienced attorney can help negotiate a settlement that will help cover the future costs associated with an injury.

With chronic pain on the rise, a lawyer can play a major role in securing funds for future operations to help minimize the pain.