Home » Blog » The Most Dangerous Driver 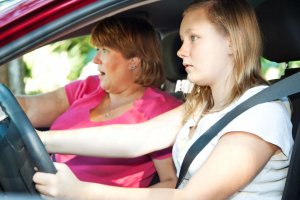 GARDEN CITY, N.Y. – As National Teen Driver Safety Week (Oct. 16-22) comes to a close, a new report claims much progress has been made in reducing the number of teen driver-involved crashes over the last 10 years.

In fact, between 2005 and 2014, there was 56% decline in the number of fatal crashes involving the youngest drivers on the road. According to the Governors Highway Safety Association’s newest statistical analysis, the drop is attributed to the Graduated Driver Licensing system that is now in place in all 50 states.

Although the numbers have improved, the GHSA reports teens are still 1.6 times more likely to get in a crash than adults. Even worse, fatal crashes spiked 10 percent last year when a teenager was at the wheel of one of the vehicles.

“When we investigate a crash involving a teen driver, distractions and speed are the most common factors in Long Island,” car accident lawyer Ross Cellino said. “Learning to drive doesn’t happen overnight and it’s important to teach our young drivers why distractions and high speeds are so dangerous – and how to avoid them.”

The three-stage Graduated Driver Licensing system has been proven to reduce a teen’s crash risk by up to 30 percent but, in almost every state, drivers over 18 aren’t required to partake in the program. The GHSA says one in three teens don’t have their license by 18. That means that once they obtain a driver’s license, they aren’t necessarily safer drivers by age alone.

The GHSA’s report calls for an expansion of GDL to include all drivers under 21 years of age.

Long Island car accident attorneys say there are other techniques that can help teen drivers be safe on the road – but too many parents are taking a “hands-off” approach when it comes to their child’s learning-to-drive process.

“Many driving instructors have said that parents aren’t doing enough to prepare their children to take the wheel,” Cellino said. “In some cases, parents can even be bad influences on their children since texting and driving is actually more prevalent among adults than it is with teens.”

Around 79 percent of adult drivers admitted to talking on a cell phone or texting while driving – a habit almost everyone knows is unsafe, and in most cases, illegal.

Recent polls suggest teens often mimic their parents’ driving habits, even if the habits are considered “bad” or “unsafe.” Safety advocates agree that parents can play a major role in improving safety for teens that have less than four years of driving experience.

However, experience remains the quality teen drivers lack most and as a result, they are more likely to cause a crash.

With multiple offices across New York, a Long Island car accident attorney can help crash victims get the best results possible. If you or your teenager has been injured in a car crash, our experienced attorneys will conduct a complete and thorough investigation to help maximize your compensation. Call or contact us today for a free consultation.