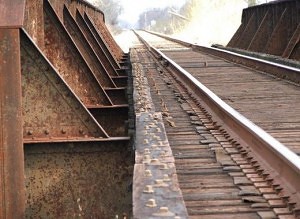 NEW YORK – From Washington to Boston, over 700,000 people commute and travel via train in the Northeast Corridor, the nation’s busiest rail sector. Many trains make their way through New York but the trek through the Big Apple is a dangerous one.

Delays and a string of recent train crashes have headlined some of the problems with the Northeast Corridor but those headlines only scratch the surface. Over the last three decades, the number of riders has doubled but there have been few upgrades and changes to one of the oldest rail sectors in the nation.

Bridges are increasingly becoming unsafe. Power lines and electrical wires have stalled commuters for days. In some areas, tunnels are on the verge of collapsing.

Ridership along the Northeast Corridor is at an all-time high but the infrastructure in the area is notorious for delays. Weather like rain storms, snow fall or even a hot summer day have been known to affect the old infrastructure and cause delays.

“Some tunnels and bridges needed emergency repairs last year,” Cellino said. “One of those tunnels was built just a few years after the Civil War and today, we have high-tech trains rumbling through it.”

Just seven months into 2015, almost 1,000 Long Island Rail Road trains pushed their schedules back due to problems or congestion. According to a report from a congressional advisory commission, train delays resulted in over $100 million in lost productivity and added traffic, among other effects.

The good news is that trains won’t run if there’s a safety concern. The bad news is that delays are a common, usually daily occurrence.