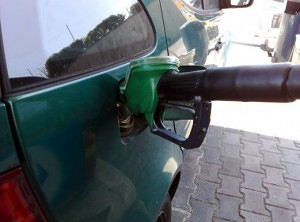 BUFFALO, N.Y. – You can consider yourself lucky if you’re an American driver. You fill up your vehicle with some of the cheapest gas in the world – and we all love cheap gas. However, there’s a downside to paying under $3.00/gallon.

According to a recent public health study, your safety can be in jeopardy when the gas prices plunge.

“There are fewer drivers on the road when gas is expensive in Buffalo,” car accident attorney Steve Barnes said. “Economic conditions play a huge role in the number of cars, trucks and other motorists on the road and with low gas prices, we’re also seeing a spike in accidents.”

When gas prices go up, people drive less and some shift their commuting-style to more fuel-efficient cars or public transportation. These trends usually ‘lag’ according to researchers. In Georgia, for example, bus ridership jumped 32 percent six-months following a major gas price increase.

Nationwide, gas prices have been generally falling to more affordable levels for months and now, we’re seeing it affect safety.

“For the first time since 2007, we expect to see a significant spike in the number of deadly car crashes this year,” Barnes said. “Unfortunately, this deadly trend is happening while we’re seeing some of the lowest gas prices we’ve seen in years.”

Researchers estimated that if fuel prices were at the lowest point throughout their study (at $1.81), we would have seen an additional 60,000 crashes. On the flip side, if gas remained at $4.17, we would see a 7 percent decline in the number of car accidents – that adds up to 70,000 crashes that wouldn’t have happened.

While drivers across the country can enjoy cheap gas prices, attorneys and safety advocates hope to promote sound safe-driving practices to reduce the number of accidents.

“It’s important to remember that almost every crash can be prevented if we pay attention to the road and drive at a reasonably safe speed,” Barnes said. “When drivers fail to do this, someone can get seriously injured – then it’s up to us as personal injury attorneys to get the best results possible for the victims who have been hurt.”