Home » Blog » The Worst Summer Ever: What Parents Need to Know 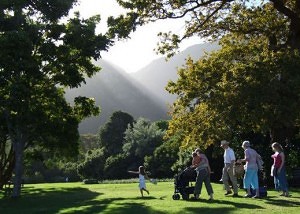 ROCHESTER, N.Y. – Now that Memorial Day is behind us, it’s time for millions of American families to get outside and enjoy the summer. That means boating, bicycling and family vacations but for thousands of families, 2015 could forever be known as ‘the worst summer ever.’

The most dangerous time of year, according to the National Highway Traffic Safety Administration, is in the summer months when more families are taking road trips and people are outside walking the neighborhood and bicycling around town. The summer is especially dangerous for children.

Almost 14,000 children died in 2012, according to The National Center for the Review and Prevention of Child Deaths.

“Most children will enjoy the summer and have a lot of fun at camp, or on the boat, or at a swimming pool in Rochester,” personal injury attorney Ross Cellino said. “The worst thing most families will deal with is a scraped knee or sunburn but when a child dies, that family changes forever.”

In 2012, nearly 2,300 children died in motor vehicle-related accidents. This includes driving teens, or other children riding, walking or biking.

“One of the top reasons children are killed in car crashes is because they weren’t wearing a seatbelt,” Cellino said. “It’s one of the easiest ways to keep your children safe and statistics show when parents buckle-up, so do their children.”

Outside the car, children remain at risk. More children are struck by vehicles during the summer months. The website, KidsAndCars.og keeps track of deadly accidents involving children. In 2014, the website reported 67 backovers, 60 front-side crashes and 30 heatstrokes.

In nearly three quarters of all backovers, a close relative is responsible for the death.

The Centers for Disease Control and Prevention (CDC) estimated that around 40 young children get trapped inside hot vehicles and die. Statistics from the CDC show most of these children were ‘forgotten’ by a parent or guardian.

“The summer can be very dangerous because people tend to get out more; in the sun, on the roads and in the water where it’s extremely important to watch your children closely,” Cellino said. “It’s up to adults to make sure kids are safe at all times.”

Children should also be supervised when playing sports or around fire and fireworks.