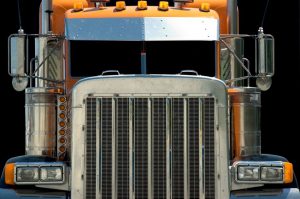 NEW YORK – A 68-year-old woman, a 51-year-old man, and a 10-year-old boy were struck and killed by large vehicles in three separate accidents on Tuesday, police said. Just eight days into the new year, five pedestrians have been run down on city streets.

Judith Wieder, 68, was struck by a concrete mixing truck, and Srijan Panthi, 10, was run over by a city sanitation truck.  The third accident, which involved a city bus, killed an unnamed 51-year-old man.

Police say Judith Wieder was crossing New Utrecht Avenue near 49th Street in Brooklyn when she was hit by a concrete mixing truck. Police said they obtained video from a bystander that shows Judith Wider crossing the street with a walking cane in hand as the truck moved forward. Judith Wieder was pronounced dead at the scene.

City records show the truck is operated by the concrete supplier, Ferrara Bros., and police said the driver remained on-scene for questioning.

Residents near New Utrecht Ave and 49th Street told the Times that the three-way intersection is inherently dangerous, and traffic is often chaotic.

Just hours before Judith Wieder was struck by a concrete mixing truck, police say a city sanitation truck hit and killed Srijan Panthi, 10, and severely injured his mother, Mina Panthi on their way to the boy’s school.

A spokesperson for the Sanitation Department told reporters that the driver was placed on “modified duty,” and was stripped of driving responsibilities as they await the results of the investigation.

Just after 6 pm on Tuesday, police responded to a third fatal accident. According to investigators, a 51-year-old man was struck and killed by a bus while crossing Fifth Avenue near 59th Street.

The victim of this New York bus accident was not identified, and the accident remains under investigation.

Help For Victims Of Truck Accidents

As police continue to investigate Tuesday’s deadly accidents, families are left with many questions:

A New York truck accident lawyer says there are many factors that must be investigated when a pedestrian is hit and killed by a vehicle in New York City. Some of the most important factors could be key pieces of evidence that will help a victim’s family establish liability and recover the maximum compensation they’re owed. Some of the most important factors that should be looked at include:

In many cases, families could be owed significant compensation if it’s found that a driver was negligently operating a commercial vehicle. The compensation owed to these families can help cover many costs associated with the accident, including:

If your life has been affected by a negligent truck driver, you may want to consider contacting an experienced truck accident lawyer in New York City who can help you and your family maximize the compensation owed to you.

If you decide to contact Cellino & Barnes, they’ll work as a team and put their best truck accident lawyer in New York City on your case, so you’ll be confident you’ll gain closure with a complete investigation, and your family will be justly compensated for any tragic loss. Contact their team of truck accident lawyers in New York for a FREE case evaluation.