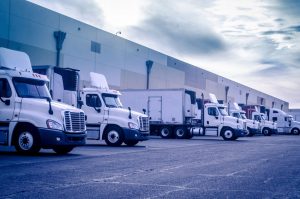 NEW YORK — A California man died over the weekend after a tractor-trailer backing into a Brooklyn warehouse pinned him against a wall, police said.

Son Ngoc Nguyen, 63, was at Sun King Produce Corp. in East Williamsburg when the tractor-trailer pinned him against a loading dock wall on Friday, police said. Son Ngoc Nguyen, who resides in Westminster, Calif., was taken to Elmhurst Hospital where he later died, the Daily News reported.

The truck driver did not face immediate charges.

Accidents at warehouses happen too often in New York City, and across the nation. According to the Occupational Health and Safety Administration, dozens of workers are killed after getting pinned by an object, such as a large truck, every year. Almost all of these accidents are considered preventable when employers provide their workers with proper oversight and safety training.

In New York, truck accident attorneys can help protect the rights of workers and innocent victims who’ve been harmed by someone else’s negligence. When a person is killed by a tractor-trailer or other large vehicle, their family has the right to file a wrongful death claim to compensate family members and beneficiaries for the death of a loved one.

However, these matters are often complicated and require several key pieces of evidence to obtain a successful settlement or verdict. This evidence could include:

If a loved one has recently been injured or killed because of someone else’s negligent actions, you can contact an experienced New York truck accident lawyer to help you file a claim.

If you decide to get in touch with Cellino & Barnes, we’ll put our best truck accident attorney in New York City on your case, and discover every piece of evidence that could help your case. Call us anytime or contact us here for a FREE consultation.