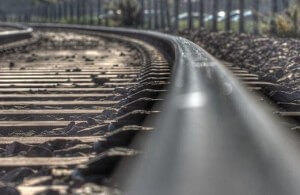 WASHINGTON – As federal investigators were sifting through the wreckage of a deadly Philadelphia train crash, members of the U.S. House of Representatives voted to cut funding to the passenger rail service.

Investigators determined the train, owned by the National Railroad Passenger Corporation (also known as Amtrak), was speeding around a curve at 106 miles per hour. The National Transportation Safety Board (NTSB) said it was traveling at more than twice the speed limit for that area.

Meanwhile in Washington, the House approved an appropriations bill that cut Amtrak funding by $260 million.

A report issued by the Amtrak Inspector General in 2012 concluded the railway would need funding like this to meet a late-2015 federal safety deadline. Amtrak is required to complete installation of Positive Train Control by the end of the year.

Train accident attorneys at the Law Offices of Cellino & Barnes said the plan to implement Positive Train Control could be a safety feature that would save lives.

“Positive Train Control would use a complex network of computers and GPS to safely navigate the railways,” train accident attorney Ross Cellino said. “These safety features could automatically apply the brakes if the computers detect a train is going too fast before going around a curve.”

In a 2013 NTSB hearing, the Federal Railroad Administration said acquisition and installation of Positive Train Control would cost Amtrak an estimated $875 million and billions of dollars in additional expenses for the next 20 years.

“Nearly half of all train accidents are due to human error,” Cellino said. “Without additional safety features, every train could be just human error away from another accident.”

Amtrak has said it is “committed to meeting the requirement of positive train control” and will have it completely installed in the Northeast Corridor “by the end of this year.” The commuter train business recently planned to install the safety feature on 1,200 more miles of track from Washington, D.C. to New Rochelle, N.Y. and from Harrisburg, Penn. to Philadelphia.

Some lawmakers have proposed extending the deadline to completely install the safety feature to as late as 2020.