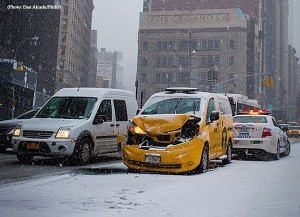 NEW YORK – It wasn’t the worst blizzard the city has ever seen. You may need to go back to 1888 for that when a storm dropped four feet of snow in the Hudson River valley. That storm caused $25 million in damage (in today’s terms a half billion dollars) and 400 people died as a result.

Monday evening’s nor’easter wasn’t nearly as costly or deadly but the storm did have an impact on the area that can still be felt. Travel bans were in effect overnight, schools were cancelled and throughout the storm, accidents happened.

In Suffolk County, a teenager died in a sledding accident Monday night. Police said the teenager was snow-tubing, lost control and struck a light pole.

In New Jersey, a Jersey City driver crashed into a transit bus stopped at a red light before Gov. Chris Christie and other state leaders issued travel bans. Massachusetts Gov. Charlie Baker called the ban ‘precautionary’ as his state received the brunt of the storm.

“Driving will be virtually impossible for extended periods of time starting late [Monday night],” Baker said. “Please stay off the roads. Everyone should expect impassible roads starting at midnight.”

However, there weren’t many major crashes. Officials in several northeastern states attribute that to practical planning and drivers adhering to the travel bans. Connecticut Gov. Dannel Mallory said the state only recorded a handful of accidents overnight.

“Under normal circumstances, we would have expected hundreds of car accidents on or highway system,” Mallory said. “Last night, we had 11.”

Although the storm wasn’t as severe as expected, New York Mayor Bill de Blasio urged drivers to avoid the roads, if possible.

“The roads are still dangerous and they are passable but there is a level of ice under the snow in many areas,” de Blasio said. 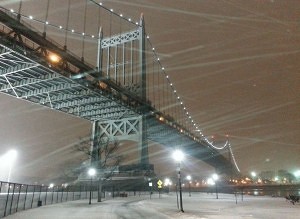