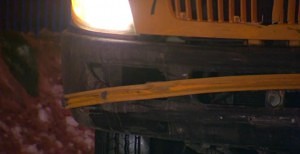 NEW YORK – Several auto accidents involving school buses have sent nearly two dozen people to the hospital this week alone. In many cases, children were injured and one teenager was killed.

On Monday, two school bus drivers were charged for following too closely when a chain-reaction crash injured eight people in Chester, Va. According to ABC affiliate WRIC, seven students and one adult driver were taken to area hospitals.

More than 15 students were injured in other, separate accidents across the country. In Connecticut, nine children were hospitalized following an afternoon bus crash in Hartford. The city’s NBC affiliate reported the bus, carrying 18 students, collided with another car at an intersection. Police said it was unclear who was at fault.

In Maryland, a 17-year-old girl was killed after her sport utility vehicle crashed head-on with a school bus Wednesday morning. According to a Baltimore news station, the bus driver and one student on board were taken to a hospital for treatment.

Another person died in a multivehicle crash near Pittsburgh, Penn. Wednesday morning. According to the Pittsburgh Post-Gazette, a bus carrying 26 students was involved in the wreck. School officials said four students received “bumps and bruises” in the crash.

In total, dozens of children were hospitalized after bus crashes in a three day period.