NEW YORK – It’s an unfortunate fact about driving: car accidents happen. Studies show motor vehicle crashes are one of the leading causes of death around the world and these dangerous accidents occur roughly once every minute.

Crashes become even more dangerous when it involves a tractor-trailer or other large truck. According to the U.S. Department of Transportation, 4,000 people are killed every year in crashes involving big rigs. Hundreds of thousands more are injured.

“These trucks are often referred to as the lifeblood of the economy. Statistically, they’re also some of the deadliest moving objects in the world,” truck accident lawyer Ross Cellino said.

In the United States alone, more than 300,000 large trucks were involved in traffic crashes last year. Roughly 3,500 people died as a result of those crashes.

According to the Insurance Institute for Highway Safety, 97 percent of those killed in truck-car collisions were occupants in the smaller car. 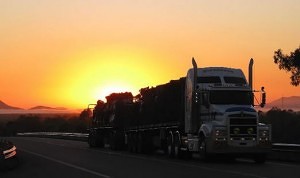 “In periods of economic growth, there are more trucks on the road and we see a huge spike in crashes,” Cellino said. “Industries are still feeling the effects of the recession so there aren’t as many trucks on the road right now but that trend is beginning to change.”

Fatal crashes involving large trucks are on the uptick; increasing between 2 and 4 percent each year since 2011.

Tractor trailers often need twice the space for stopping room and blind spots are increased considerably around the truck’s side and rear. Accident attorneys tell drivers to have a heightened awareness while operating around large trucks.