Home » Blog » The Two Most Important Interventions For Bicyclists 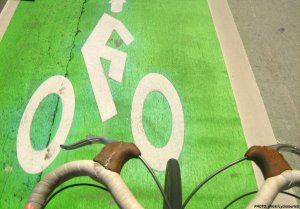 NEW YORK – More than 700,000 people regularly ride their bicycles on city streets, and that number is growing, making cycling more popular than ever in the Big Apple. But crashes involving bicyclists are also on the rise.

According to the Department of Transportation, more than 4,000 cyclists were injured on city streets in 2015. That’s nearly a ten percent spike from the previous year.

Now, more than ever, safety matters in the cycling community – and other cities around the globe are taking notice. A new report on cycling safety in a Canadian city came to the common-sense conclusion that those who wear helmets and travel on protected bike lanes are less likely to be involved in an accident.

The report was conducted to back a potential mandatory-use helmet law in the city of Winnipeg, but it doesn’t make any recommendations to city officials who are about to enact new regulations or enforce existing safety laws. However, the report notes that helmets have been proven to significantly reduce head injuries in accidents with an impact of 15 miles per hour or less.

Most cyclists in New York can travel at speeds of up to 10 mph, so helmets could be a life-saving piece of equipment. Unfortunately, few cars are traveling slower than 20 mph. At these speeds, studies have shown that bicycle helmets have almost no safety benefit.

Still, safety advocates urge bicyclists to wear a helmet because it does decrease a rider’s risk of serious injury. The more important aspect to bicycle safety is keeping cyclists away from cars. Dedicated bike lanes and infrastructure built on low traffic streets was found to be associated with a reduced risk of accident.

In New York, work has already begun on many city streets. Since 2007, the DOT has implemented protected bike lanes on more than 72 miles of roadways. Still, the number of accidents involving bicycles continues to rise, mostly due to the growing popularity of two-wheeled transportation.

WHAT TO DO IF I’M INJURED IN A BICYCLE ACCIDENT

For many New York families, the progress is not happening fast enough. More than dozen cyclists are killed in traffic collisions each year, and thousands more taken to city hospitals.

These accidents not only cause families grief and heartache, they are also costly. The average bicycle crash can cost a family nearly $60,000 in medical expenses, lost wages and other damages. These accidents can also cause a victim to lose quality of life, and although it’s difficult to monetize, it raises the overall cost of an accident even higher.

With decades of experience, our Brooklyn bicycle accident lawyers have tried cases in court – and they’ve won. Cellino & Barnes has recovered over $2 billion for injured clients, and they will use their network of resources to help victims get the best result possible.

When a negligent driver crashes into a bicyclist, the injuries can be catastrophic. Trust the team that has helped many other New Yorkers receive compensation after an accident. Contact a Brooklyn bicycle accident lawyer at Cellino & Barnes today for a free case evaluation.