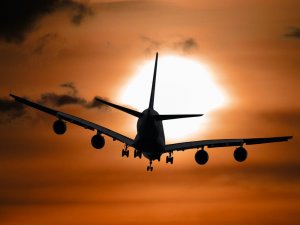 This flight alone sparked a movement over the next eight years, and it pushed Congress to enact strict regulations for pilots and regional airlines that would improve safe operating procedures across the country.

However, those rules could expire in September.

Many of the passengers on Flight 3407 had families in Buffalo, Rochester and in the Greater Niagara region. They were fathers, mothers, brothers, and sisters. Many of them were heading home, but something went wrong.

As the aircraft approached the Buffalo Niagara International Airport, it entered an aerodynamic stall – and it never recovered, crashing into a home. All 49 passengers and crew were killed in that accident nearly eight years ago. Investigators linked the cause of the crash to pilot error.

Since then, many things have changed.

Several family members didn’t rest until Congress acted to make airlines safer for everyone: bumping-up every pilot’s training requirements from 250 hours of air-time to 1,500 hours, among other policies.

Many of those families are now at it again – lobbying U.S. leaders to keep the strong flight safety legislation – or enact even more stringent regulations.

A Buffalo airplane accident attorney at Cellino & Barnes says many regional airlines are also in Washington, pushing lawmakers to reduce the number of training hours, and many believe that could put passenger safety at risk.

“Between 2001 and 2009, there were six deadly plane crashes involving small airlines like the one that managed Flight 3407 while it was en route to Buffalo,” airplane accident lawyer Steve Barnes said. “Since the new rules and regulations have been adopted, not one regional airplane has crashed.”

The airlines are small, often hiring less-experienced pilots at lower salaries in comparison to the larger international carriers. Since the strict standards were implemented in 2013, regional airlines have complained about a pilot shortage – one that has put some carriers out of business, and threatens others.

However, families say this is not a business decision – this is a safety matter.

In addition to renewing the safety standards, many advocates are calling for a pilot record database and more funding for the Federal Aviation Administration.

What to do if it Happens Again

Although stronger safety standards have made flying safer, accidents can still happen. If you and your family have lost a loved one in an airplane crash, you’ll want to make sure you have the best legal representation you can find.

Not all airplane accidents are deadly – the vast majority of incidents are injuries that occur on a commercial airline, but these injuries can also be devastating.

The airplane accident attorneys at Cellino & Barnes have handled many cases against airlines, and that experience has helped clients get the best result possible from a claim.

The big airline companies have a team of lawyers in their corner – you’ll want to make sure you have an experienced team of trial attorneys in your corner; ready to fight for your rights. Call Cellino & Barnes today for a free consultation.