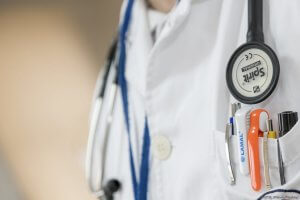 NEW YORK – Patients across the United States, Canada and Europe have filed thousands of lawsuits against big pharmaceutical companies like Johnson & Johnson (and other manufacturers) for their pelvic and vaginal mesh implants, which can cause devastating pain and, in some cases, ruin a woman’s life.

Add Australia to the mix.

The trial began on Tuesday and it’s expected to last six months.

Similar to their U.S. counterparts, the victims argue that pelvic mesh manufacturers did not properly warn doctors and their patients about the risks associated with the product and the procedure. The suit also accuses manufacturers of failing to adequately test the devices before selling them.

A pelvic mesh attorney at Cellino & Barnes is currently accepting cases brought by victims from across the U.S., and says the defective products could affect millions of women.

“The major problem with defective pelvic mesh is that they can irritate surrounding tissue and organs, causing an extremely painful inflammatory reaction,” pelvic mesh lawyer Steve Barnes said. “This causes strains on a person’s body, on their relationships, and in some cases, it has resulted in correctional surgeries, which can be very costly.”

In a statement, Johnson & Johnson claimed that its pelvic mesh has helped millions of women around the world, and that the majority of these surgeries were successful without major side-effects.

However, the mesh-maker has voluntarily pulled several devices off the market, and in the U.S., the Food and Drug Administration reclassified all pelvic mesh implants as “high risk” devices, subjecting them to further regulations and testing. However, one of the devices have been recalled.

Despite the “high risk” designation, pelvic mesh attorneys at Cellino & Barnes say these devices continue to be used in hospitals around the country. If you or a loved one has been injured as a result of pelvic or vaginal mesh implants, it’s not too late to file a claim.

Recently, another medical device maker agreed to pay more than $800 million to settle the thousands of personal injury lawsuits stemming from injuries incurred as a result of its vaginal mesh implants.

If you believe these products have had a negative impact on your life, or relationships with your family members, contact a pelvic mesh lawyer at Cellino & Barnes for a FREE case evaluation.