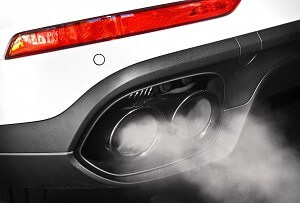 NEW YORK – If you own a car made by Volkswagen, you likely heard about the company’s dirty secret: their “Clean Diesel” vehicles are not so clean after all.

In fact, the U.S. Environmental Protection Agency says regulators recently uncovered a computer program that was intentionally installed in thousands of Volkswagen vehicles that would cheat global emissions tests – hiding the fact that the “Clean Diesel” vehicles actually emit up to 40 times more pollutants.

A New York Volkswagen emission lawyer at Cellino & Barnes says more than 600,000 diesel vehicles were sold in America and many owners are taking the automaker to court.

“If you own or lease one of these ‘Clean Diesel’ vehicles, you might feel mislead and victimized,” New York Volkswagen emission lawyer Ross Cellino said. “Owners could also experience decreased value and suffer real financial damages if it’s found that the automaker lied and cheated in order to sell their cars.”

According to Reuters, dozens of Volkswagen shareholders are also driving to court. They plan to get compensated for their losses after shares plunged due to its reported test-cheating.

Volkswagen (VW) shares have plummeted in value – an estimated $24 billion drop since the company admitted to misleading regulators in September.

The German automaker has yet to issue a recall for the vehicles affected. According to the California Air Resources Board, Volkswagen’s proposals to recall its vehicles have been inadequate. The Environmental Protection Agency added that VW’s recall plan ‘unacceptable.’

Although federal regulators say the affected vehicles are safe to drive for now, New York Volkswagen emissions attorneys at Cellino & Barnes say owners and lessees have a lot to lose. Already, the value of VW’s “Clean Diesel” vehicles has diminished significantly and any recall would likely have severe impacts on performance and fuel economy.