Home » Blog » What Are The Top Causes Of Pedestrian Injury Accidents? 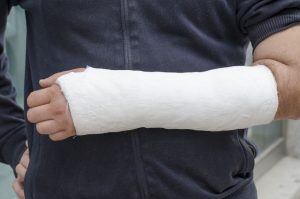 NEW YORK — Getting around New York City, you might notice that the streets aren’t very forgiving. With few places to park and so many pedestrians, there’s a high risk of severe accidents. According to a at Cellino & Barnes, more than 11,000 pedestrians were injured in accidents last year. That’s roughly 30 people every day!

Injury lawyers in New York say accidents can happen for several reasons, but some of those reasons are more common than others. The following are the top causes of pedestrian injury accidents in and around New York.

Even when pedestrians cross at designated crosswalks, drivers turning left are 3 times more likely to hit them than if they were turning right. This is because both parties are looking in opposite directions.

Signaled crosswalks make it obvious to drivers that they should expect pedestrians to cross the street where the signal is located. Although drivers are required to stop and allow pedestrians to cross a road, impatient drivers may be less likely to do so if they don’t anticipate the presence of pedestrians at a particular location, or at a certain time.

For example, drivers at night expect to see fewer pedestrians on the road. So, their driving habits often change, usually for the worse.

Distracted drivers are one of the biggest threats to pedestrians; however, pedestrians sometimes put themselves in grave danger when they fail to pay attention to traffic because they’re using their electronics. A New York personal injury lawyer says many serious pedestrian accidents can be difficult to prosecute, because there’s evidence that the person crossing the street wasn’t paying attention.

The same can be true on the other side of things. Drivers have a responsibility to maintain control of their vehicle and avoid hitting other objects, including parked cars and pedestrians.

Pedestrian accidents routinely occur in parking lots or on streets where drivers are backing into the road from a parked position. Most new vehicles come with rear-view cameras to help reduce these accidents, but they’re not always 100% accurate. Many backup cameras have blind spots, and if a driver relies too heavily on this tool, they could be responsible for an accident.

Who is most likely to get hurt in a Brooklyn pedestrian accident?

Alcohol also plays a huge role in pedestrian accidents. The report found that nearly half of all crashes resulting in pedestrian fatalities in 2013 involved alcohol. Approximately 34% of all pedestrians killed had a BAC at or above the legal limit of 0.08 grams per deciliter of blood. About 15% of drivers had BACs at or above that limit.

Even the most responsible pedestrians cannot control the actions of a reckless driver. At Cellino & Barnes, it’s our job to hold negligent drivers and their insurance companies responsible for your traumatic injury. Our team of personal injury lawyers in Brooklyn has recovered over $2 billion in settlements and verdicts for our clients. Call us for a FREE consultation.