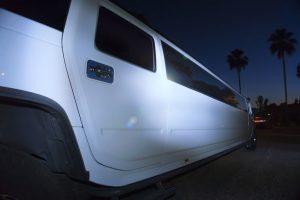 SCHOHARIE, N.Y. – Investigators are calling it the nation’s deadliest accident in nearly a decade. The National Transportation Safety Board (NTSB) said a limousine carrying 18 people to an Upstate New York birthday party blew past a stop sign, crashing into a parked car and two pedestrians near Albany on Saturday.

In total, 20 people were killed, including:

The group, including two newlyweds (Erin and Shane McGowan) had rented the limousine to celebrate Amy Steenburg’s 30th birthday. According to several media reports, the party of 17 were taking the 2001 Ford Excursion limousine to an upstate New York brewery in Cooperstown. Officials said the trip was tragically cut short when the limo missed a stop sign at a dangerous intersection in Schoharie, New York, about 40 miles west of Albany.

Robert Sumwalt, chairman of the National Transportation Safety Board, said investigators with the federal agency are working to determine what caused the crash, the worst in the U.S. since 2009.

“It’s important to figure out what happened and why it happened to prevent things like this from happening in the future,” Sumwalt said during a news conference Sunday.

The crash may be the deadliest accident in the U.S. this decade, but there has been a deadly limo accident every year since at least 2000. Those crashes are blamed for 68 deaths.

“This does need to be a wake-up call,” Sumwalt told CNN over the weekend. “Here we have 20 lives that have been lost tragically. We do need to learn from this.”

Stretch limos, which are chopped up vehicles then extended in length, are not subject to any regulatory agency. As a result, experts say safety is often overlooked.

Most states do not require seat belts to be worn in limousines, and many limos don’t even feature seat belts.

Sumwalt told reporters that none of the passengers in the limo were wearing seat belts, and it’s unclear at this point whether seat belts would’ve made a difference in this crash However, it is a factor investigators are looking at.

An extensive investigation should be able to determine what exactly caused this heartbreaking limo crash in Schoharie, New York. Investigators have already released some of the facts, but families still have many unanswered questions:

These are just some of the questions a full investigation should be able to answer.

Prestige Limousine, the company which owned and operated the limo, had its fleet of vehicles inspected five times in the past five years. Over that time, four vehicles were removed from service, public records show.

It is not yet clear whether the 2001 Ford Excursion limousine had any mechanical issues that could’ve contributed to the limo accident in Schoharie. However, New York limousine accident lawyers say it’s important to gather all the facts, and as much evidence as possible.

The evidence gathered by federal investigators, local police departments and private investigations will be very important for the families of the victims when choosing to file any wrongful death claim. In many cases, limo accident victims and their families choose to file wrongful death claims to hold those responsible for the accident accountable, and get compensation for their injury or loss of a loved one. An experienced NY limo accident lawyer understands how to help the families answer their questions and recover compensation for the loss of financial support from a victim of a tragic limo accident.

A successful limo accident claim can also help make meaningful changes in our communities that can improve limousine safety in New York, and across the nation. Whether it’s adding seat belts, mandating their use, or improved training of limousine drivers, a claim can make a difference.

If you or a loved one has been hurt in a limousine accident, you may want to contact an experienced New York limo accident attorney to help you get the best result possible.

If you decide to contact our team, our best limo accident attorneys will be immediately available to assist you and your family. For a free consultation, call us at (800) 888-8888.