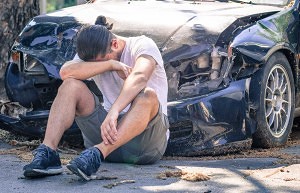 BUFFALO, N.Y. – A car crash can be disorienting. You may be asking yourself or overhear someone say, “what happened?” Researchers have been asking that question for decades but the numbers keep changing due to an evolving American lifestyle centered on technology, weather, accurate records, and safety.

According to the National Highway Traffic Safety Administration (NHTSA), driver error was a primary cause in more than 94 percent of all motor vehicle crashes. Since 2010, this statistic has remained fairly constant but the specific factors leading to a crash have changed slightly.

The leading cause of accidents just five years ago was speed. speeding drivers accounted for 21 percent of all car accidents, costing Americans over $59 billion in 2010.

At the time, drunk driving was also a major influence, accounting for 18 percent of the nation’s total economic loss due to motor vehicle crashes.

Since then, speeding and drunk driving accidents have taken a back-seat to a problem car accident lawyers say is just as, if not more, dangerous.

“Five years ago, we were just starting to talk about distracted driving,” said Stephen Ciocca, a Buffalo car accident attorney at the law offices of Cellino & Barnes. “Today, it’s one of the primary factors leading to car crashes.”

A new study from the United Kingdom suggests driver dehydration can also be a factor in thousands of crashes. Researchers at Loughborough University discovered that even mild dehydration was equivalent to being drunk behind the wheel.

The study measured the number of driver errors in a lab-based driving simulator. Adequately hydrated drivers made 47 errors, according to the simulation. Drivers who were dehydrated more than doubled that number to 101 errors. Researchers estimate that’s the same number they’d expect of someone driving under the influence of drugs or alcohol.

“Dehydration can also lead to a loss of energy, and sleep deprivation is known to be a very common factor in many crashes too,” Ciocca said.

Although some drivers may blame an accident on their vehicle, statistics show that a vehicular malfunction was truly at fault only in extremely rare occasions.

Weather can also cause a crash, however, it’s most often a secondary factor. Car accident lawyers say there are usually many reasons for a car crash and it’s often difficult to blame a collision on just one.

“There can be more than one cause of an accident,” Ciocca said. “Defendants will often blame the weather or their car for a crash. Our argument is that they must reasonably respond and adjust to these outside influences. In the end, we’ll discover almost every accident could have been prevented if the driver would have acted in a calm, responsible manner and taken the road and weather conditions into account.”