Home » Blog » What’s Next For The Passengers of Southwest Airlines Flight 1380? 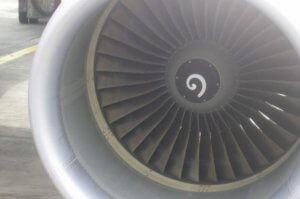 NEW YORK – The National Transportation Safety Board conducted their initial examination of the faulty engine that exploded at 32,000 feet this week, but investigators walked away with more questions than answers.

New York airplane accident lawyers at Cellino & Barnes say these kinds of accidents are extremely rare, and a full investigation will determine the cause, and hopefully result in meaningful changes that will help prevent future accidents from happening.

The incident claimed one life and injured several others, but aviation experts say the accident could have been much worse.

The aircraft, en route from New York City to Dallas, was flying at 32,000 feet when the explosion happened. Not only did pilot Tammie Jo Shults lose an engine traveling 500 mph, but the aircraft also sustained damage as shrapnel struck the fuselage and the cabin began to depressurize.

Amazingly, Tammie Jo Shults calmly guided the aircraft to a safe landing at a Philadelphia airport.

Shults and her co-pilot, Darren Ellisor, released a statement on Wednesday.

“On behalf of the entire Crew, we appreciate the outpouring of support from the public and our coworkers as we all reflect on one family’s profound loss,” the two pilots said, adding that their “hearts are heavy.”

At the same time, several passengers also deserve credit for their heroic actions on flight 1380.

Passengers Andrew Needum, Tim McGinty and Peggy Phillips helped pull a woman’s body back into the cabin after a passenger was partially sucked out of a depressurized window.

Firefighter Andrew Needum was trained for emergency situations, and he put his life on the line in a heroic attempt to save others.

“I felt moved to act, as well as others on the plane,” he told reporters at his firehouse in Celina, Texas.

Jennifer Riordan, a bank executive and mother of two from Albuquerque, New Mexico was sitting in the window seat closest to the engine as it exploded. The malfunction caused the window to break, creating a sudden loss of pressure in the cabin. As a result, Jennifer Riordan was partially pulled out of the window as other passengers rushed to her aid.

Her family later released a statement to reporters, writing, “Jennifer Riordan has passed away as a result of previously reported events on Southwest Airlines flight #1380.”

“Jennifer’s vibrancy, passion, and love infused our community and reached across our country. Her impact on everything and everyone she touched can never be fully measured,” the statement continued. “But foremost, she is the bedrock of our family. She and Mike wrote a love story unlike any other. Her beauty and love is evident through her children.”

Investigators with the NTSB still can’t explain with certainty why the Boeing 737 engine exploded in mid-air.

“I know people would want answers right away. We would do a very methodical investigation,” NTSB Chairman Robert Sumwalt told reporters Wednesday. “Right now, we just want to document everything that we can.”

What they DID find was a previously undetectable crack on a fan blade that could have led to the engine failure. According to investigators, the blade broke twice. One of the cracks found was consistent with metal fatigue.

Metal fatigue is a weakening of a metal due to incredible stress, which can cause a number of small and sometimes microscopic cracks. New York airplane accident lawyers say the preliminary investigation named metal fatigue as a ‘contributing factor,’ but as the investigation continues, the NTSB may find more factors at play.

The NTSB will likely collect every piece of debris they can find, and attempt to reconstruct the engine, New York airplane accident lawyers said. The investigation may also focus on the window, and what may have prevented it from breaking in such an event.

According to CNN, Southwest Airlines issued $5,000 checks and vouchers to the passengers of Flight 1380. However, that does not cover the physical and emotional tolls many passengers and their families have endured this month, and several families may soon decide it is time to file a lawsuit.

New York airplane accident attorneys say there are several ways that could play out, based on previous accidents:

These are just a few scenarios, and all are based on previous incidents. A full accident investigation of flight 1380 will determine exactly what went wrong and why.

If you or your family have any questions about aviation safety or injury law, the New York airplane accident lawyers at Cellino & Barnes consist of experienced attorneys, doctors, and pilots with the resources and technical experience that can help you get the answers you need.