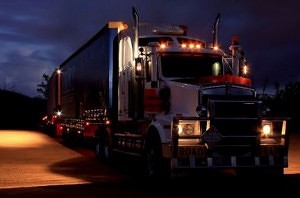 BUFFALO, N.Y. – Tractor trailers are vital for today’s commercial trade. Unfortunately, these big rigs are also deadly machines carrying up to 80,000 pounds of goods. That’s more than 20 times the weight of a standard passenger car.

Big truck collisions are also on the rise in America. Since 2011, the number of crashes involving a tractor trailer has increased by over 7 percent.

“Trucks can take much longer to brake and because of the area’s extreme weather, these crashes can be very serious in Buffalo,” truck accident attorney Ross Cellino said. “Truckers must be aware of the road conditions and slow down when there’s rain or ice.”

About 1 in every 10 highway deaths happens in a crash involving a large truck, according to the Insurance Institute for Highway Safety. That’s thousands of families impacted by truck crashes each year.

Recently in Chicago, a mother was walking with her 2-year-old daughter inside a stroller when they were struck by a semi-truck while at a crosswalk. Both were hospitalized with life-threatening injuries. Police said the truck driver didn’t yield to pedestrians in the crosswalk and failed to reduce speed.

In Portland, Oregon, a garbage truck collided with a car early in the morning, killing the driver.

In Virginia, a 64-year-old woman was killed after a truck hauling wood and debris crossed a double-yellow line on a curvy road, crashing into the woman’s vehicle just after noon.

“These trucks are dangerous at all times of the day or night,” Cellino said. “It’s important for any driver to give these big trucks space but unfortunately, that doesn’t always prevent a crash.”

Buffalo truck accident lawyers say most truck crashes are preventable with the proper training and handling of a tractor-trailer. Victims of these crashes may be entitled to compensation for any injuries suffered as a result of one of these collisions.