Home » Blog » When Is A Car Accident Considered A Crime? 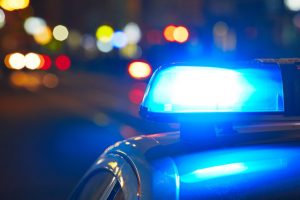 How a Car Crash Can Become a Crime

Most car accidents are civil matters in which the party whom the police officer determines to be at fault receives a citation. The accident is usually the result of driver error, such as failing to correctly interpret a traffic signal. Sometimes, drivers in a hurry rush to catch a light or fail to make a complete stop. These actions can prompt a collision but are rarely done with the intent to cause harm.

In some cases, a car crash may be the result of a more serious offense. Drivers may face criminal charges for reckless actions that can put others’ lives in danger. This recklessness shows such extreme disregard for the well-being of others that New York State Law deems it appropriate to file criminal charges against the perpetrators.

Drivers in New York may face criminal charges for the following:

Driving Under the Influence

Between 2003 and 2012 3,752 people were killed in crashes involving a driver under the influence in New York. When a DUI leads to a fatality, a person may be charged with a more serious offense, such as vehicular manslaughter.

Either party in a car accident — the at-fault driver or the other driver — may face a criminal hit-and-run charge when he or she strikes an object, another vehicle, or a pedestrian or cyclist and fails to identify him or herself and render aid to the injured party. A hit-and-run may be a misdemeanor or felony offense depending on the outcome of the accident. Penalties may include fines and incarceration.

There are many other offenses that could get police more involved in a car crash. These offenses can range from driving without a license to illegally possessing a firearm. In some cases, there might be warrants out for a driver’s arrest.

The bottom-line is, you don’t know the driver who hit you. Even if you think you caused an accident, there are a number of reasons police could find the other driver at fault. That’s why the Manhattan car accident lawyers at Cellino & Barnes tell their clients to only state the facts about a crash, and never admit fault.

At Cellino & Barnes, our team of attorneys has helped thousands of New Yorkers recover from injuries caused by the negligent and reckless actions of other drivers. Our team aims to help you recover the maximum compensation you’re owed, which can help to cover the costs of medical bills, lost wages, lost work opportunities, and more after the crash.

We do this by fully investigating the accident that left you injured. We’ll collect every piece of evidence that will help support your claim so that you can be confident that you’ll get the best result possible.

Call our firm at any time of day or complete our contact form for a free consultation.