Home » Blog » Why Is Asbestos Legal? 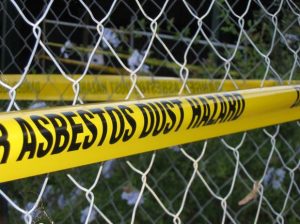 ROCHESTER, N.Y. – We know about the dangers of cigarettes. They can lead to lung cancer, throat cancer, and many other diseases. Tobacco companies are now required to warn consumers about the deadly impacts; but they’re still legal.

Asbestos is still legal too.

Like cigarettes, it’s often linked to deadly cancers like mesothelioma – but those who acquire the illness often get sick without warning, and years after they were exposed. Asbestos is so deadly the World Health Organization (WHO) is calling for a global ban on asbestos.

Rochester mesothelioma attorneys at Cellino & Barnes say thousands of people die from asbestos-related illnesses each year and thousands more are diagnosed with cancers, as a result of asbestos exposure.

“A person can develop these deadly diseases after a single exposure to asbestos fibers,” Rochester mesothelioma attorney Ross Cellino said. “What makes asbestos even more dangerous is that most people don’t know they were exposed to the fibers for 10, 20 or 30 years when they suddenly discover they have mesothelioma.”

Since the 1970’s, asbestos use in America has greatly declined but it is still used in dozens of products. In many cases, manufacturers are not required to warn consumers that their products contain asbestos.

According to one WHO study, more than 105,000 people die each year from mesothelioma, asbestos-caused cancer and asbestosis.

Members of WHO say the costs of treating asbestos-related diseases are now four-times higher than the cost of manufacturing it. Despite its deadly properties, asbestos is banned only in a handful of nations.

“Australia for example, used to import 1.5 million tons of asbestos in the 1980’s,” Cellino said. “The nation was one of the world’s top asbestos users – and now, they have one of the highest mesothelioma death-rates in the world.”

Australia banned asbestos in 2003. Many nations however, including the United States, continue to manufacture asbestos fibers.

Rochester, New York has one of the highest rates of mesothelioma in the United States. According to federal statistics, more than 40 people die from asbestos-related disease each year in Monroe County alone.

If you or a loved one has been diagnosed with mesothelioma or another asbestos-related illness, you may be entitled to compensation. Nationally recognized for its efforts in personal injury, Cellino & Barnes has Rochester mesothelioma lawyers who have experience fighting against asbestos the manufacturers that plagued New York.