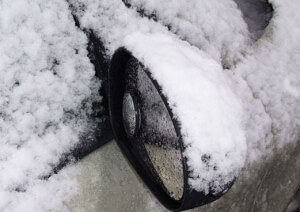 ROCHESTER, N.Y. – We haven’t seen many days below freezing this winter. Thank El Niño for that. But New York State is expected to get its fill of cold temperatures as the mercury is forecasted to drop into the single digits.

By Saturday, Western New York should have a daily high of 3-degrees.

Rochester car accident lawyers at Cellino & Barnes are urging drivers across the area to prepare for the cold spell now – before it’s too late.

“Have a warm blanket in your car and pay close attention to the changing weather forecasts in Rochester,” car accident attorney Ross Cellino said. “The frigid temperatures and the warm lake waters could raise the potential for lake effect snow in some areas – and the snow could fall unexpectedly.”

Currently, Lake Ontario is sitting at 38-degrees, well above average for this time of year.

As far as snowfall goes, Rochester has only seen about 25 inches of the white stuff. In an average year, the city should have more than twice that amount. Rochester car accident lawyers say the lack of snow has been, in some ways, a welcome sight for drivers but the roads could be extremely hazardous when it does snow.

“Many drivers haven’t had to travel much in heavy snow bands this year,” Cellino said. “Snowfall could force some people to suddenly change their driving habits and some drivers may not adjust fast enough.”

Even if drivers don’t encounter much snowfall, there is a higher risk of car accidents in colder weather. The low temperatures can cause tire pressure to drop, increasing the risk of a blowout. Ice can form on windows, obscuring the visibility for some drivers. Cellino says it’s your responsibility as a driver to make sure your vehicle is equipped to handle the cold weather.

“We’ve all seen them before – drivers who don’t clear the snow or ice from their cars. It’s dangerous and it’s negligent,” Cellino said. “In many of these situations, these drivers end up causing a car accident that should have been prevented.”

Rochester car accident attorneys say weather is no excuse for a car crash. If you’ve been injured by a negligent driver, you could receive compensation. Contact Cellino & Barnes today to discuss your case for free.