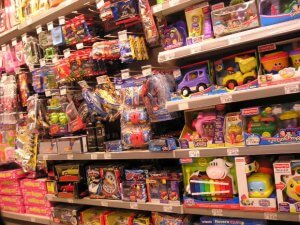 NEW YORK – Many of us have heard that echoing phrase from ‘A Christmas Story’ and in some cases, even questioned the safety of some toys, and rightfully so.

Aside from bee-bee guns, there are many other toys potential gift-givers should be concerned about this year – and just in time for the holidays, the safety advocacy group WATCH (World Against Toys Causing Harm) has released its annual “Worst Toy List.”

“Due to poor design, manufacturing and marketing practices, there are toys available for purchase today with the potential to lead to serious injury and even death,” WATCH stated in a press release.

A defective product attorney at Cellino & Barnes says these toys are not always the most dangerous items you can find in a store but they may have safety concerns that can sometimes overlooked.

“Some of the most dangerous toys can often seem innocent to shoppers and in many cases, toys are marketed as ‘safe’ when, in fact, they can cause serious harm,” defective product lawyer Steve Barnes said. “The holidays account for roughly 65-percent of annual toy sales, so many companies rush to market their toys and put them on store shelves but that lack of care can often put dangerous or defective toys in your shopping cart.”

According to some studies, more than 3 million children have been treated in emergency rooms for a toy-related injury. More than half of the children hurt were under the age of six.

A defective product lawyer says some of the most common types of toy injuries include:

Here are the toys WATCH named as being the “Worst Toys” of 2016:

Toymakers insist that safety is a top priority this holiday season and meet all federal safety requirements.

However, many toys are not subject to independent safety testing, which can raise concerns for many parents.

Last year, ‘hoverboards’ were popular gifts for the holidays, prompting many public places such as malls and airports to ban the item after they were linked to dozens of fires and other safety concerns.

The toys on WATCH’s list have not been banned or recalled at the time this article was published.

If you’ve been injured by a dangerous or defective toy, the experienced attorneys at Cellino & Barnes can help. Children and their families may be entitled to significant compensation if it is determined that a toymaker was negligently responsible for an injury.

Contact a defective product attorney at Cellino & Barnes today for a free consultation.