Home » Blog » Your Case Could Prevent Other Injuries 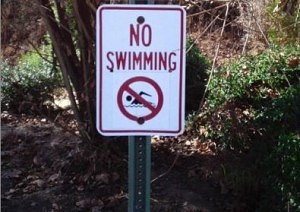 NEW YORK – Every day you are faced with thousands of decisions: Should you jump in the river? Should you swim across it?

The good news is that they are usually your decisions to make… but there are exceptions.

Exceptions like car crashes. Although you’re abiding by the rules of the road, someone else may not be; and when their car collides with yours, you could be paying for an expensive injury – even if you didn’t do anything wrong.

A Queens car accident lawyer at Cellino & Barnes says for those exceptions, there are lawsuits.

“Many of our clients didn’t asked to be injured but it happened and we know how difficult it can be to lose just one week of pay in New York,” car accident attorney Ross Cellino said. “Injuries are expensive and it’s our job to get clients the best compensation they can possibly get so they can pay their bills and afford the medical treatments they need.”

Your decision-making process may conclude that swimming across the river when it is swarming with alligators is an unreasonable risk. But if the alligators aren’t there, you might be able to get across.

However, there are some risks you may not be aware of. That’s how America developed the class-action lawsuit.

Class-action lawsuits are filed when many people have the same or similar complaints against one particular person or company. Here’s a hypothetical example of one: What if an automaker installed a computer program in thousands of cars that would allow the car cheat an emissions test? Everyone who bought one of these vehicles may have believed they were following all the environmental guidelines or, perhaps, even saving the environment. Instead, they found out they were pumping harmful gases into the atmosphere they breathe. Since it would be so time consuming to file individual lawsuits, all these customers came together and filed one claim against the car company. This possible threat of a costly lawsuit should give that car company an incentive not to misbehave.

In the end, hopefully, the consumer should be better protected from harmful emissions.

“Many lawsuits not only help victims recover from damages, they can also motivate companies to avoid similar mistakes,” Cellino said.

The river you’re trying to cross may look clear but if no one filed a lawsuit, you may have never seen that black and yellow sign that reads “No Swimming: Hazardous Chemicals.”